She was waiting for his response, for some validation. Yet, secretly aware that she created him just to hurt herself.
Still, waiting just the same.
Hoping it might turn out different this time.
Hoping her beauty or charm would be the catalyst for a new game. A new love. A new kind of hurt.
Like a mosquito attracted to electric shock, she followed his smile down the forbidden hallway.
He’s a smooth mood talker. A beautiful mirage flashing his gorgeous body around like a politician on a winning streak. Painting pictures for her gaze, trapping her in the paint.
Now there is only silence, leaving her to lust alone, feel dirty alone. Feel the weight of their sin alone.
But, it never happened, they were never there.
Just another dry patch of sand in the desert holding no water, no answers, no relief.
In the end it’s only silence, thirsty silence. 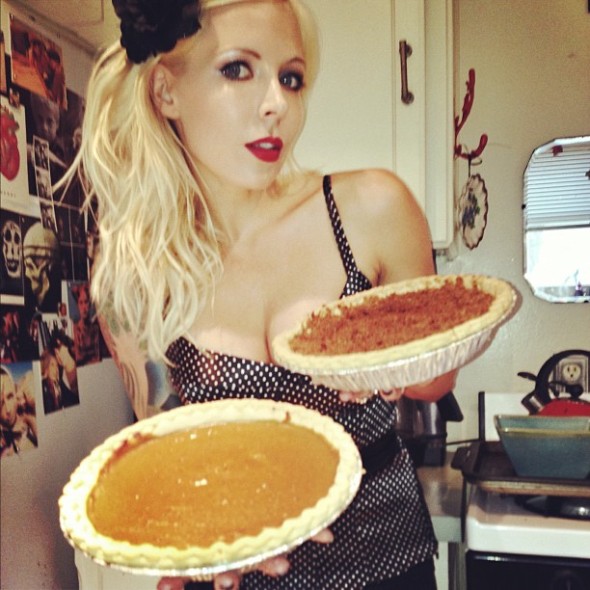 Getting all domestic and shit 🙂

Feeling pretty damn excited about this album and guilty about the cupcake.

I was up late last night researching management companies and how to get an independent artist page up on iTunes/Ping and the best ways to promote an independent debut album etc. All the while it’s 2am, my kid is fast asleep, I’m eating this giant, delicious, gluten-free cupcake all by myself and my date for the night is my iPad….it was then I realized, two things. One, it’s apparent I live alone since I would never pig out on a cupcake at 2am if anyone was watching and two, I actually have an album that is getting mixed and in a short time I’m going to have a bonafide, debut full on rock album on the market! One that I am proud of and feeling really lucky to have almost finished. If you would have told me, one year ago, that I was going to do a fundraiser to get an album made with amazing musicians like Pete Thorn, Blair Sinta, Jon Button, Erik Eldenius, Mike Ruggirello, Bill Delia and Engineer/mixer like Bob Clearmountain…..I would have not believed you. But, with the support of really dear friends and fans I was able to get enough funding to get started on something I have wanted to do since I was a little girl. Of course this album is costing more than I expected or raised but that is how the cookie crumbles. There is no way I could have done it without Pete though! I am so lucky that he produced, played and co-wrote this thing with me. I couldn’t ask for more and feel completely honored that everyone involved wanted to make this album with me.
Now it’s time for me to make them proud to have done this with me. Also everyone that helped me fund this by pre-ordering the album, shirts, art etc. I want to make you guys proud to have been a part of making this album possible too! My next job is to get really, really good P.R and a real management team behind me to get this shit out there! As soon as its finished getting mixed by Clearmountain and mastered by Ross Nyberg, my goal is to release it and promote it in the best way possible. As we all know, it is hard to be a successful independent or any kind of artist these days. I am open to a label major or independent to take it to the next level and I hope something like that will come to fruition with some good promotion and management.
So, now it’s a whole new game for me…. I’ve got this product, now what 🙂
As promised, everyone who donated will be getting the album as soon as it’s finished and before it’s available on the market as well as all the rewards you chose. Please be patient with me as dive into the giant process of fulfilling everyone’s rewards at the same time releasing and promoting an album, oh yeah and playing the roll of a single momma in LA, and coming up with money to pay my bills, haha, I’ve been a busy lady. I really do want everyone that has been a part of making this happen to know how thankful I am! This really has been a dream come true. And to everyone else who is waiting on the album, it will be out as soon as I have a game winning promotion plan 🙂 Trust me, I can’t wait to launch this thing.
So, that’s it for my album update.. Stay tuned 🙂
P.S. If you are or know any amazing, music managers, P.R or any other media outlet that could be helpful to make this a success… please feel free to let me know!
Thanks for your love and support! xo Trisha

Check it out on iTunes

A few samples of a photo project Ray Gutierrez are doing together. 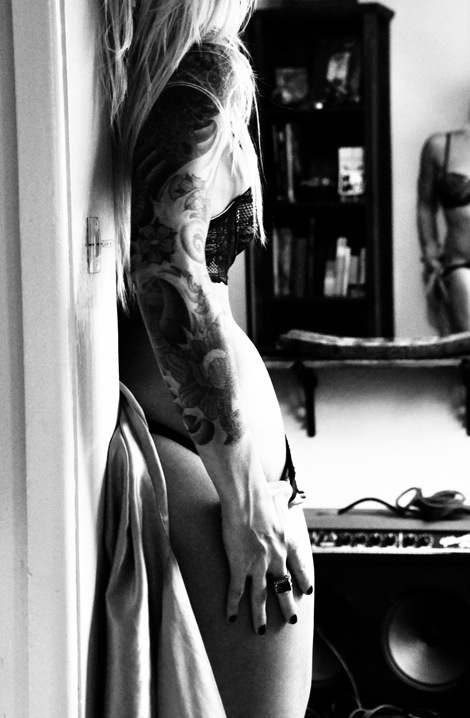 A Little Slice of Heaven

There are certain places on earth that are just like a dream… this is one of them. It reminds me of being a little girl about 5 dreaming of the Candy Land game, the fantasy where I would shrink and fly through the porthole into a real life version of candy heaven. Swimming pools of jelly beans, dresses made of licorice and chocolate covered strawberries the size of  houses.  I am all grown up now (kind of) and my idea of a good time has changed.. these are photos I took of a place I wouldn’t mind playing in all day, all the time… 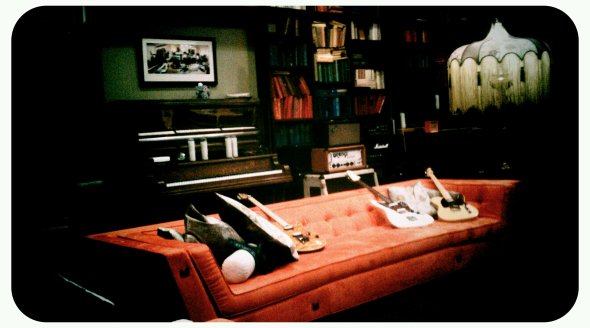 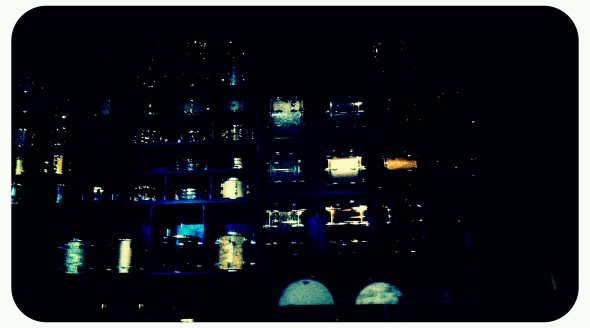 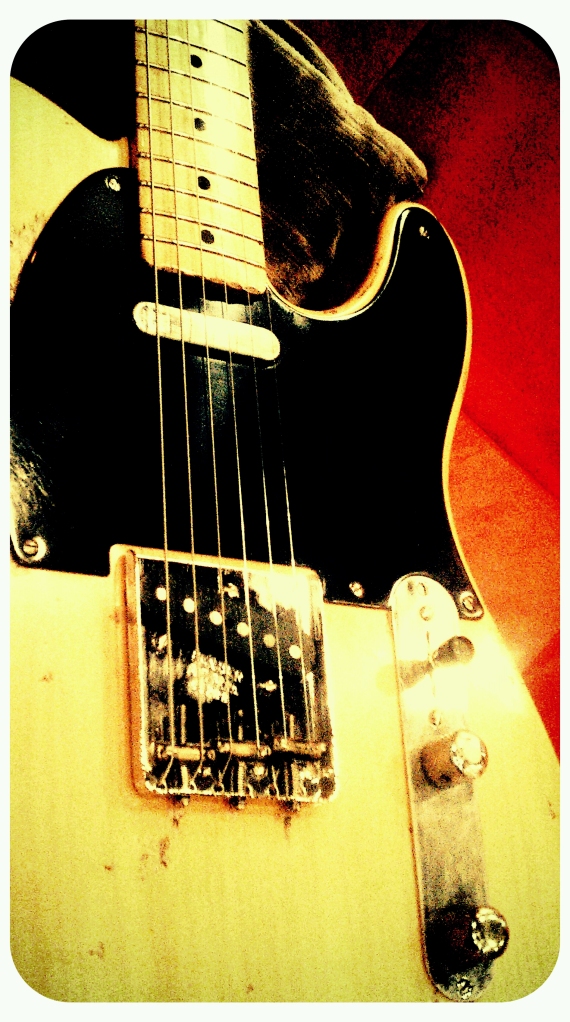 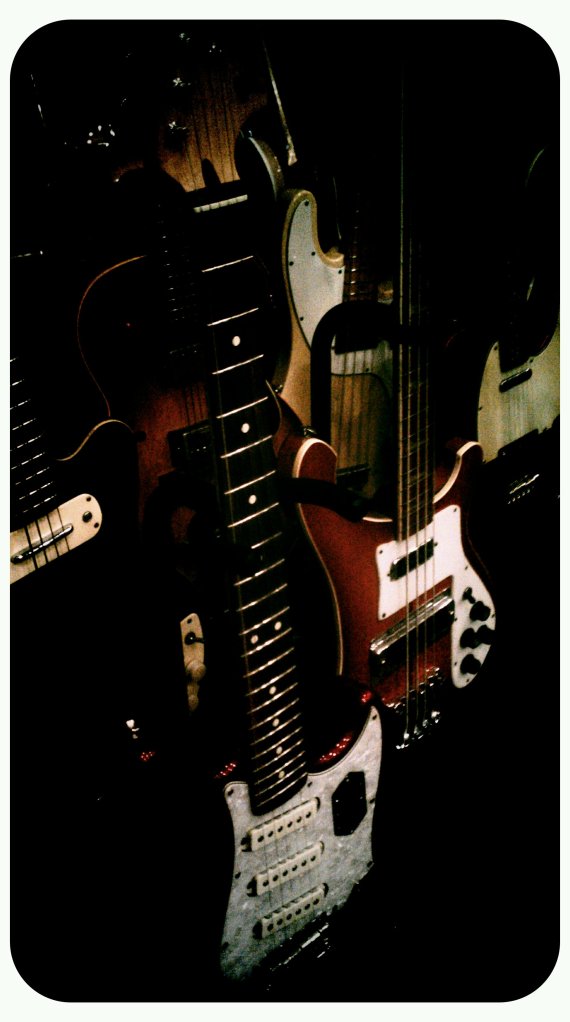 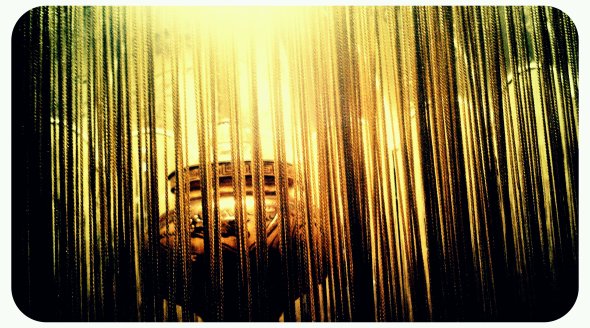 Last nights gig at the House of Blues

Well, last night was fun… I managed to pull the gig off even though the fuse in the amp blew minutes before my set started. Of course there weren’t any spares so..out of luck there, lesson learned! I had to run my guitars through the PA and take what I could get. At first I got  a little nervous thinking “oh my god, what the hell kind of noise am I going to subject all these people to!” then I figured I would just have to improv a bit and make the best lemon aid I can. As I said before in another blog, I am learning how to flush out the bugs as I go, paying my dues… that way later on I will not make the same mistakes when the stakes are higher. But, no matter what ~ shit happens~ it’s how you deal with it that counts. The show must go on, people don’t pay good money to watch you fuss. There were times in my set where I could hardly stand the noise I was making but, I could see everyone smiling and dancing so, I just shut my brain off and sang my ass off.

Bill of course like always rocked it out, beating away like a heart beat running through our set keeping everything in line. I love him!

I feel kind of weird now, like hmm it’s all over… now what. Need to set up another gig. I thought I wouldn’t play today because I exhausted my self yesterday but I am already craving the guitar … I guess I will go practice some more.

Thanks so much to everyone who came out for the gig, it means a lot to me. Making and sharing my music is one of the most important things in life so, it feels amazing to have support and love when I’m up there feeling naked and raw giving every ounce I’ve got, so yes… thank you! 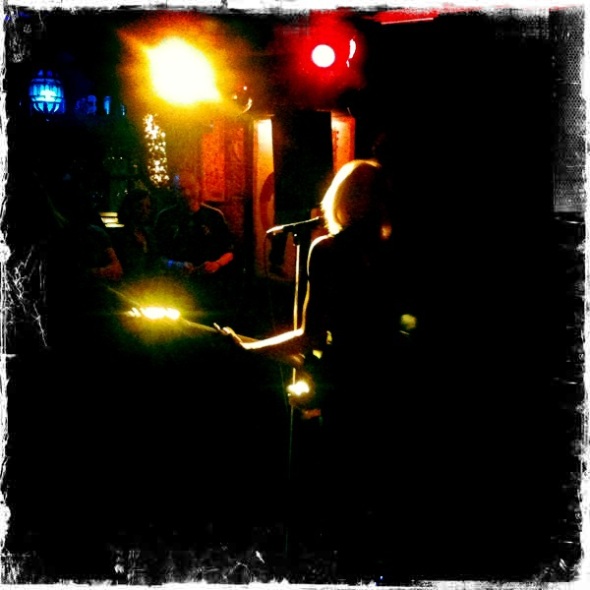 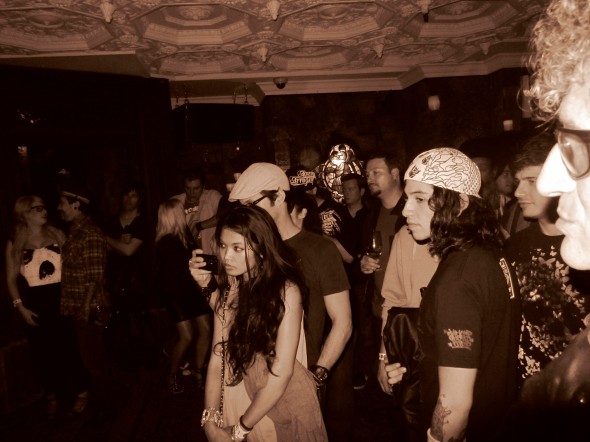 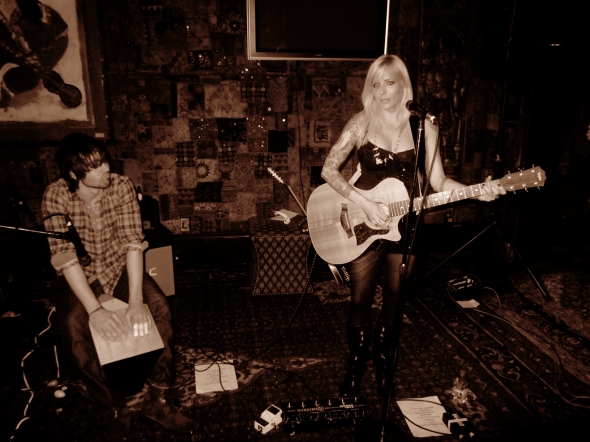 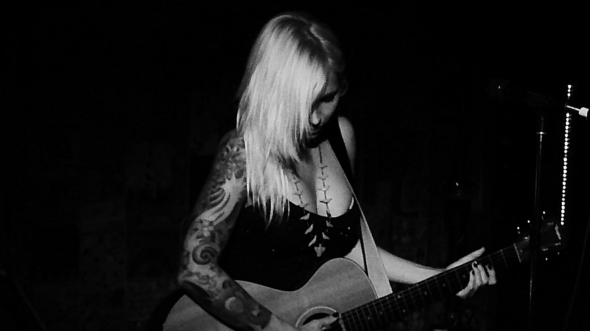 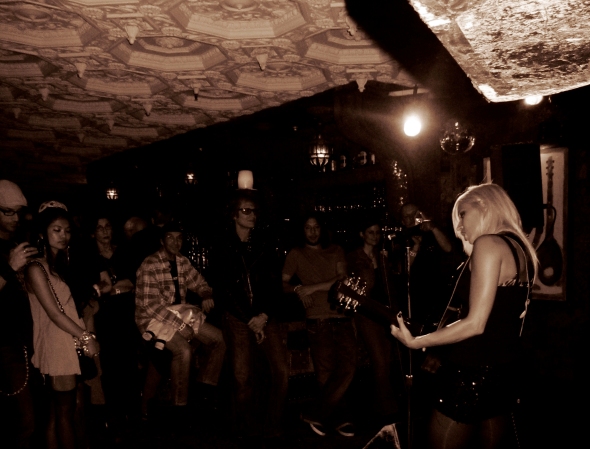 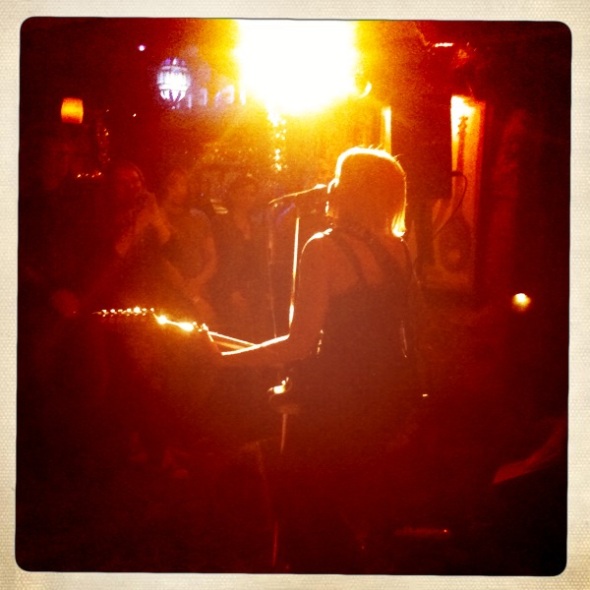 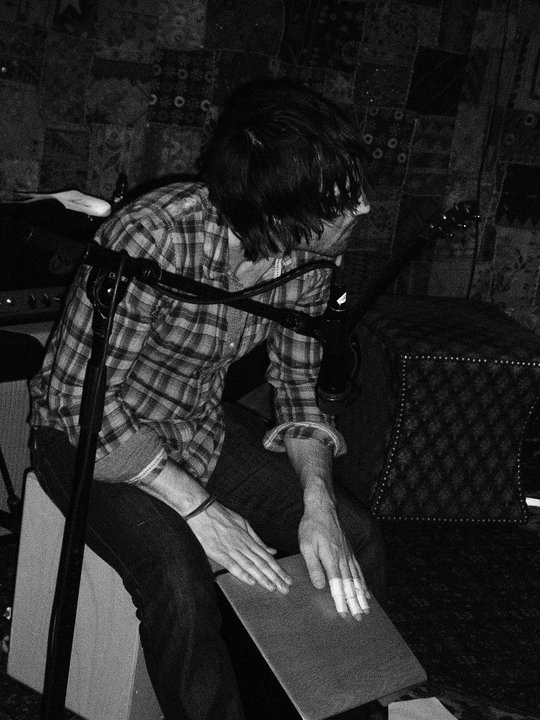 Trisha Lurie and Bill Delia at the House of Blues, Foundation Room next Sat night. 4-2-11 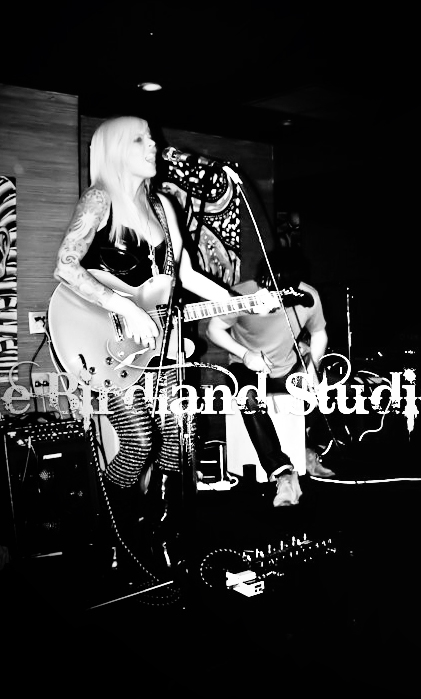 Trisha Lurie and Bill Delia at the House of Blues, Foundation Room next Sat night. 4-2-11 @ 10:30
I am happy to say that I will be playing in the (cool and eclectic) Foundation Room Saturday April 2nd at 10:30 pm. The amazing drummer Bill Delia will be beating the cajon and I will be doing my best to rock out. Looks like I have a 45min-hour set. so that is good 🙂 I will be able to play a good collection of my songs. There is great food and drink so come early and hang out. There is a great band before and after me 🙂
My Sister and her band, Dirty Birdy, played here recently and I had such a good time. I am looking forward to it.. I hope everyone can make it out and have a good time. I would love to be asked back to play again.. so, hopefully there will be a good turn out and I wont suck, haha.
Let me know if you want tickets. they are $10 dollars. You can grab them now or at the door. I will have someone with the remaining tickets at the door the night of the show, but I would love to know if you are going to make it… Anyway with that said, Have a great day!
xoxo Trisha